Human rights organizations: Egypt should be denied hosting the conference due to its record of torture crimes

Egyptian rights groups, signatories to this statement, wish to thank all parties, both Egyptian activists and international organizations for their pressure to postpone the regional conference on “Defining and Combatting the Crime of Torture in Arab Legislation”, which had been planned for the 4th and 5th of September next in collaboration between the office of the high commissioner for human rights and the National Council for Human Rights, and call for maintenance of pressure until the conference is transferred to another country with at least minimal standards  of respect for human rights.

It was ironic that the Egyptian government, which seeks to host an international conference, is persecuting activists and HRDs who collaborate with UN bodies, fabricating charges against them and putting them in prisons. To take just one case, Ibrahim Metwalli, the founder of the League of the Families of the Disappeared, is still in detention since September 2017, after the Egyptian authorities had arrested him at the Cairo airport as he was on his way to Geneva to take part in a meeting of the UN Committee on Enforced Disappearance. After an official visit to Egypt by the UN special rapporteur on the right to housing in September 2018, several human rights defenders and right to housing advocates faced security harassment and were detained. In fact, the homes of several of them were demolished because of their communications with the special rapporteur. The special rapporteur, in a joint statement with the special rapporteur on human rights defenders, condemned these violations. “Unless Egypt ensures that human rights defenders and victims of human rights violations can interact with UN human rights envoys without fear of reprisal, Egypt remains not suitable for such delegations or visits” the two experts concluded. Therefore, the signatory organizations recommend to international bodies to boycott any human rights activities or conferences organized under the patronage of the Egyptian government or any of its national bodies, and of course refuse Egypt’s hosting of any international human rights conference.

The Egyptian government’s record does not reflect any political will to combat torture. On the contrary, the government resists all efforts to stop the practice, of which it is the main offender. The Egyptian authorities are currently prosecuting Judge Essam Abd al-Gabbar and Judge Hisham Raouf for contributing to a draft law to define and combat torture in Egypt—the topic of the UN conference that Egypt will host next month. The authorities also ordered the closure of the Nadeem center for the Rehabilitation of Victims of Violence and Torture in February 2016; the center was finally shut down in February 2017. For more than two years, the judiciary has failed to issue a fair judgment in the center’s appeal—and this for the only place that offers support and rehabilitation sessions for victims of torture at no cost. In 2014, the security forces arrested Mahmoud Hussein, aged 16 at the time, for wearing a t-shirt that said “a country without torture.” Hussein was held in pretrial detention for more than two years, during which he was subjected to torture and ill treatment; he was released in March 2016.

Aside from the daily human rights violations committed by the Egyptian government, it is still working assiduously to incapacitate independent Egyptian human rights organizations and prosecute their staff in order to prevent the exposure of its constant abuses. The simple act of organizing a press conference has become dangerous for these organizations. Meanwhile, the state and its national councils monopolize rights conferences and proceedings, carefully selecting the topics and participants—in effect nationalizing human rights work in Egypt. Also, in organizing and sponsoring such activities, the Egyptian government has a long record of abuses and of intimidating foreign participants. When Egypt hosted the 64th session of the African Committee on Human and Peoples’ Rights, some representatives of African rights organizations received open threats, and a member of the security apparatus slapped an African delegate after refusing, for no stated reason, to give her official credentials.

Signatories reiterate that such a conference would have been an attempt – which we believe OHCHR should not be part of – to whitewash the image of the Egyptian government before its UPR session after a few weeks and to divert attention from the recommendations and commitments Egypt has not honored regarding torture since the last UPR session in 2014. The Egyptian government has a long record of torture and covering up for its perpetrators. In its 2017 report, the UN Committee Against Torture described torture in Egypt as “a systematic policy.” Also, positions by the National Human Rights Council, which is subordinate to the Egyptian state, which would have partnered in the organization of the conference in Egypt, reflect a shameful stand on human rights and a sad defense of its violators. In a recent interview with al-Shorouk newspaper, the president of the council, Mohammed Fayeq, defended the death penalty, saying it was one aspect of the “particularity” of human rights in Egypt.

Finally, while we realize there are deliberate shortcomings in the definition of the crime of torture and ways to combat it in Egyptian law, this is not the fundamental problem. The primary problem is the lack of political will to combat torture. In fact, given the flagrant practice of torture we suspect that it has been sanctioned at the highest levels, with concomitant immunity for perpetrators. This is supported by statements issued by the UN High Commissioner for Human Rights and the UN special procedures instrument, such as the Committee Against Torture, as well as by several international rights groups such as Amnesty International and Human Rights Watch.

If Egypt is seriously seeking to improve its reputation regarding the crime of torture, it must first comply with several preliminary recommendations previously called for by OHCHR and other local and international organizations, including: 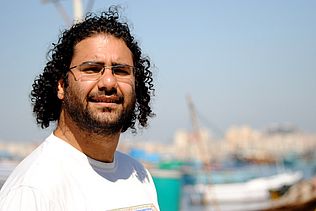 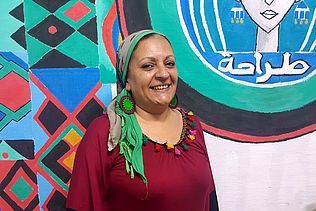 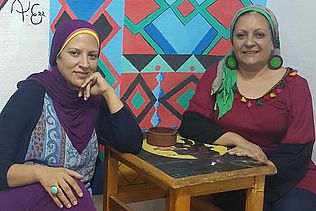 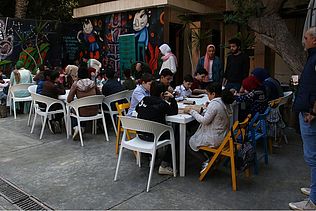