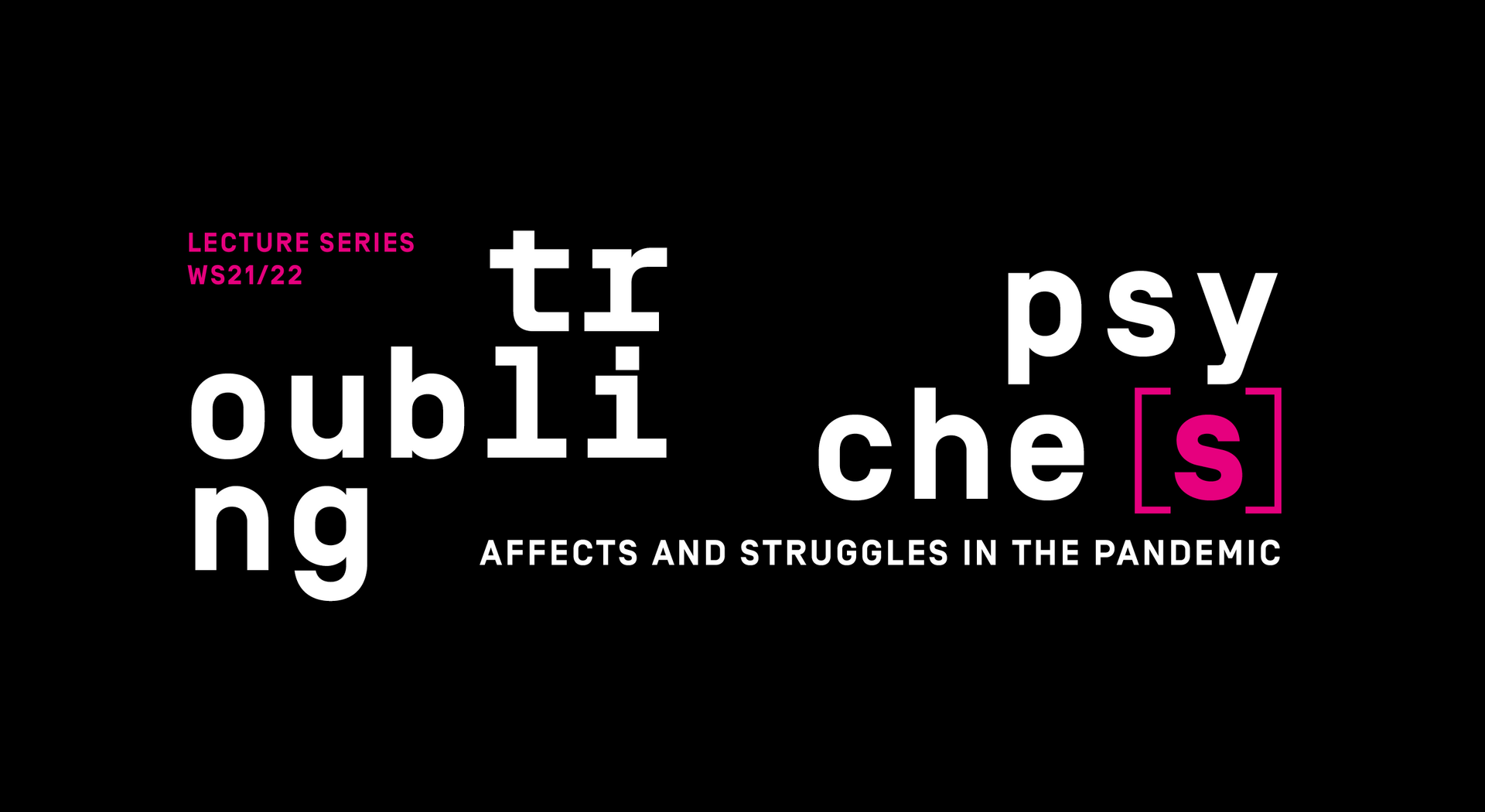 Cinzia Arruzza is Associate Professor of Philosophy at The New School for Social Research in New York. Her research is particularly concerned with ancient Greek philosophy and feminist and Marxist theory. One of her best-known publications is the book "Feminism for the 99 Percent – A Manifesto" (2019), which she wrote together with Nancy Fraser and Tithi Bhattacharya. There, the scholars explore the intersections of oppression and formulate possibilities for a politics for the liberation of all people.

Arruzza received her Ph.D. from the University of Rome Tor Vergata and subsequently studied at the universities of Fribourg (Switzerland), and Bonn (Germany), where she was the recipient of an Alexander von Humboldt postdoctoral fellowship.

Clemencia Correa is the director of ALUNA (Aluna Acompañamiento Psicosocial), a non-governmental organisation founded in 2013 in Mexico that works specifically for human rights and mental health. The focus is on psychosocial support for journalists, communities and civil society organisations. Correa is also committed to a critical discussion about the handling of the coronavirus and, in addition to psychosocial effects, also problematizes social lines of conflict that affect vulnerable population groups in particular.

Elsa Dorlin is a philosopher and professor in the Department of Political Science at the University of Paris 8 Vincennes/St. Dénis (France). In 2009, she received an award from the Centre national de la recherche scientifique (CNRS) for her work on feminist theory and philosophy.

Her 2017 released book “Se défendre: une philosophie de la violence” (“Self-defence: A Philosophy of Violence”, 2020) is about historical perspectives on forms of resistance and political struggle in the intersection of race, gender and class. In 2018, it was awarded the Frantz Fanon Book Prize by the Caribbean Philosophical Association.

Julia Dück is spokesperson on social infrastructures, connecting class politics, health and care im Institut für Gesellschaftsanalyse (eng: Institute for Social Analysis) of the Rosa Luxemburg Foundation. Her PhD centred on struggles for care in crisis at the Friedrich Schiller University in Jena. Her work focuses on Marxist and feminist social theory, (multiple) crisis and hegemony, social reproduction and gender relations, and social struggles around care in crisis. Her book Social Reproduction in Crisis. Care Struggles in Hospitals and Kindergardens will be published by Beltz/Juventa in spring 2022.

Verónica Gago is a professor for Social Sciences and teaches Political Theory, Economics and Sociology at the Universities of San Martín and Buenos Aires (Argentina). Gago is co-founder of the NiUnaMenos movement and the militant research collective Colectivo Situaciones. She is also active in the Tinta Limón publishing house.

Her relevant works include "La razón neoliberal. Economías barrocas y pragmática popular" (2017; Neoliberalism from Below: Popular Pragmatics and Baroque Economies) and "The Feminist Revolution" (2020). Her book “La potencia feminista - O el deseo de cambiarlo todo” (Feminist Power - Or the Desire to Change Everything) is published by Tinta Limón in 2019.

More about Verónica Gago and her books: https://www.tintalimon.com.ar/libro/La-potencia-feminista

Tobias Matzner is Professor of Media, Algorithms and Society at the Institute of Media Studies at the University of Paderborn. Matzner's research focuses on the interface between theories of (digital) media and technologies and approaches in political philosophy, cultural studies, and social theory. The focus is on the entanglement and interaction of artificial intelligences, concepts of subjectivity, social and normative transformation processes. His work is influenced by the work of Hannah Arendt and Michel Foucault, among others, which is reflected in several publications. Currently, Matzner is working with Maria Robaszkiewicz on her book "Hannah Arendt: Challenges of Plurality," which is scheduled for publication in 2022.

Nadia Mahmood is a feminist and has been politically active in Iraq since her youth. In 1993, she founded the Communist Workers Party of Iraq (WCPI), for which she now works in the politburo. During her exile in London in 1998, she completed a PhD in social policy.

Mahmood is also a co-founder of women's rights organisations in the UK and Iraq, such as the Aman Organization for Women (Aman), a medico partner organisation in Baghdad founded in 2019. Through her work and activism, she fights for social, political and economic equality for women*.

Koketso Moeti is an activist and the founder and executive director of the mobile-based action network amandla.mobi. The mobilising tool connects communities struggling against issues such as forced evictions, gender-based violence and high data costs, and is used by over 250,000 people in South Africa, mainly low-income Black women* who are most affected by injustice. Moeti is also the founder of the African Digital Rights Network. She has been awarded several grants, including in 2021, when she was named a founding grantee of Collective Action in Tech. Moeti is also an expert advisor to various institutions and organisations.

Djamila Ribeiro is a writer, journalist, philosopher and feminist. She holds a degree in Philosophy and a master in Political Philosophy from the Federal University of São Paulo. In 2016, she was appointed São Paulo’s Deputy Secretary for Human Rights. Currently, she is a Visiting Professor at the Pontifical Catholic University of São Paulo and a Fellow at the Johannes Gutenberg University Mainz. In 2019, she was awarded the Prince Claus Prize, granted by the Kingdom of the Netherlands, and was considered by the BBC as one of the 100 most influential women in the world. 2021, she was the first Brazilian to be honored by the BET Awards, given by the black community of the USA. Ribeiro is a columnist for Folha de São Paulo Newspaper and ELLE Magazine Brasil and has written and published several articles and monographies on anti-racism, colonialism and Black Feminism. Her recent publications include Quem tem medo do feminism negro? (Who is afraid of Black Feminism, São Paulo: Companhia das Letras 2018) and Lugar de Fala (Place of Speech, São Paulo: Pólen Livros 2019). In 2020, she won the Jabuti Prize of Brazilian literature for her monography Pequeno manual antirracista (Small Manual of Anti-Racism, São Paulo: Companhia das Letras 2019).

Rita Laura Segato taught and researched from Brasília for over 30 years and is an excellent scholar of all of Latin America, especially that of the majorities still too often ignored: Women, indigenous people, afrolatin@s. An anthropologist emeritus, she is particularly known for her research on gender issues in indigenous and Latin American communities, as well as for her research on violence against women and the relationship between gender, racism and coloniality. Her publications include "La guerra contra las mujeres" (2016; The War Against Women) and "la critica de la colonialidad en ocho ensayos" (2015; Critique of Coloniality in Eight Essays). She is one of the most important feminist intellectuals in Latin America.

Vanessa Eileen Thompson is a research assistant at the Comparative Cultural and Social Anthropology Department of European University Viadrina Frankfurt (Oder). Her research and teaching interests include critical racism and migration studies, Black Studies, and intersectional inequality and gender studies. With a PhD in sociology, she is currently working on a research project on racial profiling and its gendered dimensions. Thompson combines academic and activist approaches to the analysis and critique of racist police violence and the resistance of those affected by it.

Eva von Redecker is a philosopher and publicist. From 2009 to 2019 she was a research associate at Humboldt University in Berlin, and in 2015 she taught for a semester as a visiting lecturer at the New School for Social Research in New York. At the end of 2020, she took up a Marie Skłodowska Curie Fellowship at the University of Verona in Italy. Eva von Redecker grew up on an organic farm, where she learned a lot about strawberry cultivation, direct marketing and horse breeding. Today, she lives in the countryside again. She is currently working on a research project on authoritarian character. Her most recent publication was "Revolution for Life. Philosophy of the New Forms of Protest" (2020).

Mpumi Zondi is a social worker, therapist and clinical director of Sophiatown Community Psychological Services (SCPS) in Johannesburg, South Africa. She has been working with people experiencing marginalisation, discrimination and violence for 26 years. One of her central concerns is the development of culturally and socially appropriate psychosocial services. In addition, Zondi offers supervision and support for social workers, community counsellors & the administrative team at the SCPS. Mpumi has also authored a book titled “Strengthening the wounded Carer” based on the Caring for the Wounded Carer program that she runs..  END_OF_DOCUMENT_TOKEN_TO_BE_REPLACED