A long day was in store for me, as I planned to visit our mobile clinic project that has been ongoing since the recent Israeli attacks on Gaza. Every day, this mobile clinic visits a marginalized or impacted area, to provide necessary primary care and fulfill prescriptions that most hospitals in the Strip are simply under-supplied on. I intentionally chose to visit the day the clinic would be operating in the southeastern part of the enclave, near the Egyptian border, in a Bedouin town called Al-Oraibeh. Due to spending many years working in Bedouin communities in the West Bank, I was extremely curious the similarities and differences between the lived experiences of these oft-neglected communities.

I awoke around 4 am and arrived at the Erez checkpoint around 7, preparing to be picked up at 8:30 to make the journey all the way to the southern tip of Gaza. As you drive along Salahdin Road and Beach Street, the two “highways” of Gaza, they are lined with large refugee camps, dotted with mechanic garages/junkyards, and the occasional farms, growing all sorts of local fruits and vegetables, as you pass between cities and camps. All the while, and a staple of being in Gaza in general, is the refreshing sea winds and smells, pleasant mostly, but along the way interrupted by the stench of sewage pouring into the Mediterranean just south of Gaza City since the treatment plant never runs at full capacity either due to damages sustained in Israeli bombardments or a lack of fuel. Either way, for someone who grew up on the East Coast of the United States and would spend many weeks every year on the ocean, the familiarity helped settle the nerves of being in such a battered place such as Gaza.

Upon arriving at the mobile clinic, my brain was working on two parallel tracks; mentally taking notes of the similarities and differences between Bedouin communities in Gaza and the West Bank, and monitoring the mobile clinics and how the community engaged with it. We arrived around 10:30 and there was already a long line of 20 people. Some were hoping to get a diagnosis on a lingering cough (likely caused by smoke emanating from wood-based cooking ovens which are kept in close quarters, which is common in Bedouin communities), others hoping to get their prescriptions filled since the nearest hospital was 5 km away and had minimal supplies. During the hour we were there, the staff worked non-stop and told us they normally see 75-100 people a day and keep the clinic open as long as there are people waiting.

Afterwards, we had a short tour around the community, listening to local leaders describe the problems of the community. Like their West Bank counterparts, most Gazan Bedouin struggle in accessing water for their animals and household agriculture, being connected to electricity on a regular basis, and access to health and educational services. Almost all of the people we met were refugees from 1948, with family names and connections with many of the same Bedouin communities I had spent so much time with.

medico is continuing to support the Palestinian Medical Relief Society in the provision of primary health services. 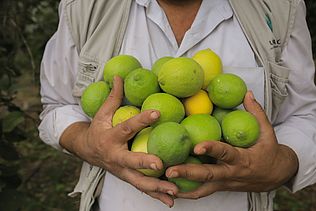 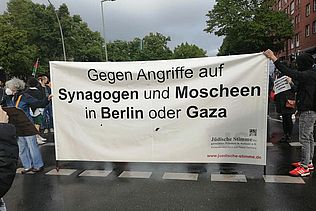 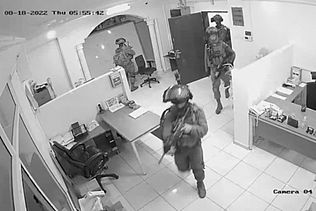 Human Rights Advocacy Is Not Terrorism

medico and other German organizations take a stand against the criminalization of Palestinian civil society.