Troubled today and an uncertain future

The country has almost nothing to counter the virus. A report by Jawad Zawulistani from the partner organization Afghanistan Human Rights and Democracy (AHRDO).

Only bad news from the South is news and part of the colonial view. We asked our colleagues from the partner organization AHRDO for an article on Covid-19 in view of the horrendous numbers circulating in our media. The following text describes how our colleagues continue their human rights work with great determination under the restrictions imposed.

At the peak of the Covid-19 pandemic in Kabul, a local volunteer group that provided food and hygiene assistance to families in need, called Mahnaz*, a single mother, to show up in a certain place the next day to receive her aid package. The next day, a young lady carrying Mahnaz’ ID showed up to receive the package on behalf of Mahnaz. When asked what had happened to Mahnaz she replied: “She does not have shoes to walk to here.” This happened in the early days of the outbreak when the broader socio-economic consequences of the pandemic had not yet unfolded. In a country that has not seen anything except conflict and crisis for several decades, Covid-19 presented the worst specter. Indeed, there was nothing to fight it except the resilience of its citizens who compared the new crisis with the ones they have gone through. Covid-19 seemed a smaller threat. But given the specific context of Afghanistan and the country’s “underlying conditions,” any depiction of severity of the problem and its long-term impact could be an understatement.

Afghanistan’s health system is one of the most inefficient in today’s world. It is totally depending on foreign aid. Lack of capacity, political bickering and endemic corruption have further weakened the health system and its response to Covid-19. It neither had the required testing capacity to gauge the spread of the pandemic nor the ability to control its population movement. The Afghan government’s decision and response were driven more based on media reports of the severe situation in neighboring countries, namely Iran, rather than a careful assessment of the situation inside the country. Meanwhile, violence by all parties kept raging across the country and the UN Secretary General and the civil society’s frequent call for ceasefire was ignored. Continued violence and new restrictions imposed by the Taliban in territories under their control severely limited humanitarian access to remote areas.

Technical loopholes and deficits aside, the problems with the testing processes ranged from catastrophically poor hygiene to dehumanization, humiliation, favoritism and outright discrimination. The proper use and functionality of testing kits remain equally questionable. Taking into account the limited health infrastructures, expertise and access of the government which are further compounded by significant mismanagement, the official figure being published by the Ministry of Public Health did not provide a realistic picture of the actual COVID -19 infection rate in the country. It should rather be cautiously dealt with as a representation of a much higher degree of the spread of the deadly disease.

As the COVID -19 pandemic turned into a health emergency in Iran, voluntary and forced returns exponentially increased. From late February to end of March, in the course of a little more than one month, an estimated 100,000 Afghans returned or were deported from Iran, according to media reports. The Afghan government initially closed off official border crossings with Iran. This decision, however, coincided with an escalating election crisis in Afghanistan. For political reasons the Afghan government then immediately rescinded the decision by reopening the crossings with Iran. The immediate impact of this decision was a quick spread of the deadly disease in the border provinces Herat and Nimruz. A significant number of the deportees and returnees travelled on, either to their home areas or to the capital Kabul. Reopening of the border crossings and unhindered movement of returnee population in different directions, cumulatively, triggered a surge in the spread of the virus.

The government started imposing lockdowns on major population centers around mid-March. But this policy was impractical as there was no government-led financial support infrastructure in place to assist the more than 50% of the population to survive in self-isolation. According to a 2018 survey, more than 54% of the Afghan population live below the poverty line and daily laboring makes up their only source of earnings. Recently, President Ashraf Ghani, announced that 90% of the population live on less than $2 per day.

Responses to the pandemic

Under these circumstances, for organization’s like the Afghanistan Human Rights and Democracy Organization (AHRDO), it was a huge challenge to adapt and continue our critical work with the most under-privileged and vulnerable groups, such as victims of war and IDPs. At the same time, we were aware of our responsibility and that the struggle for human rights in Afghanistan must not be put on hold because of the novel virus. Therefore, AHRDO carefully worked to adapt gradually by improving and developing three mutually reinforcing pillars:

Now, apparently, life has taken its normal course in Kabul. The Afghan government decided to open universities in early August. Schools started re-opening from mid-August onward. However, we have yet to fathom the impact of the pandemic on the whole of the Afghan society. For example, we need to check the classrooms and see how many students have returned and if the number of girls returning to classrooms have fallen significantly as families—now poorer than in the pre-Covid-19-era – might not prioritize sending their girl child to school. Already 60% out of school, it is fear that Covid-19 have pushed thousands more girls out. Looking at the labor market, the picture is similarly gloomy. Increased abuse of labor, low payment, less or no employment services/benefits, cut of salaries are further negative impacts of Covid-19. Daily-wage earners, operating in unregulated spheres, remain among those hit hard by the pandemic without having any alternative. And it is feared that their situation will remain the same even after the pandemic. While the threat of a second outbreak is hovering, international commitment to Afghanistan is winding down and we see no optimistic picture on the peace process. Nothing is more commonly shared among the ordinary citizens than fear and uncertainty.

* The name has been changed for the purpose of identity protection.

Published in German in September 2020.

Jawad Zawulistani is the administrative director of AHRDO. According to Jawad, the title only insufficiently describes his activity. He, like all the others in the less hierarchically organized group, takes on the tasks that are currently pending. 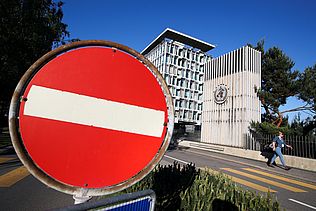 A few rich countries have secured the lion's share of the most promising Covid 19 vaccines. However, Corona is only over when it is over for everyone. But… 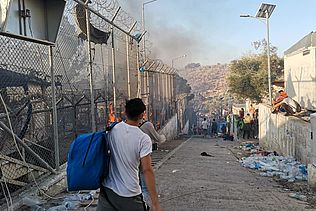 Protecting borders instead of refugees

After the fire at the Moria camp on the island of Lesbos: How Europe is flogging off the human rights that underpin it at the Greek EU border. By Ramona Lenz.

While international solidarity in containing the corona pandemic is officially emphasized, many states are relying on nationalism in vaccine research. By Dr.… 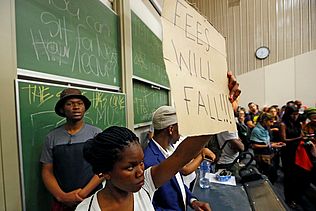 What you can learn from South African post- and neo-apartheid: A suggestion for a cosmopolitan insurgency from the ground up. Interview with Tshepo Madlingozi.