Syria is embroiled in a war with no end in sight. Even so, there are centres of resistance against violence. medico is supplying humanitarian emergency aid in the Kurdish city of Kobané.

The UN World Food Programme is feeding 4.2 million people in Syria every day, and a further 1.9 million Syrian refugees are receiving food parcels in neighbouring states. 90% of the Syrian population lives below the poverty line. The Syrian nation no longer exists as a sovereign entity and administrative unit, and is increasingly a memory of the prewar era before 2011, the start of the Syrian uprising. Today, the four strongest powers in the formerly highly centralised nation are the formal Government under President Assad, the militias of the so-called ‘Islamic State’ (IS), the al-Nusra Front, belonging to al Qaeda, and the Kurds.

The Assad Government controls around 45% of the country, including almost all urban centres, and some three-quarters of the population. Bashar al-Assad still believes that he has convinced the urban middle and upper classes, terrified of the radicalised and impoverished rural population, that the ‘Syrian revolution’ was only ever a utopian vision, and that the struggle is only with internationally controlled ‘terrorism’. The Islamic State rules over 35% of the country, including many thinly-populated desert regions.

The al-Nusra Front controls around 5% of the country, and another 5% is controlled by hundreds of smaller militias and groups, the relics of the former ‘Free Syrian Army’. A centrist surveillance state has become a neoliberal warlord state in which traditional loyalties based on religious adherence or region or family of origin have taken priority over national loyalties. The only ideology with adherents at national level is Islam, particularly among the opposition.

The Kurds are a particular exception to this hopeless conflict with its permanent state of war pitting almost everyone against everyone else. They control just under 10% of the country, and have three geographically separated autonomous regions on the Turkish border – Afrîn, Kobanê und Cizîrê. In these cantons they have introduced a largely autonomous administration, which they understand explicitly as a form of decentralisation and communalisation of state power, the creation of a specific form of direct democracy and participative civil society. This could also be a model for a future democratic Syria.

Talking to representatives of the Kurdish self-administration, whether they are Kurdish committees of citizens and doctors, local journalists or political representatives (something which medico has done repeatedly during its visits to Syria in the past two years), it is clear that this is not just a matter of making possible and successfully delivering urgently needed humanitarian aid, but also of the political vision of self-determination amidst the horrors of war in Syria.

Syrian-Kurdish Rojava lacks emergency aid for the numerous refugees who managed to reach this region, most recently the Yazidic groups from the Shingal mountains threatened with eradication by the IS in late 2014. It also lacks political recognition by the regional and international powers who have turned an internal Syrian struggle for democracy into a bloody war of attrition. Syria’s Kurdish population, for decades the ultimate excluded group, have won their right to a voice, to cultural visibility and to an autonomous political existence.

This is particularly evident in the city of Kobané, which is the smallest of the three Kurdish cantons in Syrian Rojava. Since late last year, Kobané has beaten off months of attacks by the ‘Islamic State’, but the symbolic status gained by this resistance has come at a heavy price. During the months of combat, 80 per cent of the city was destroyed. medico was the only German aid organisation to succeed in repeatedly sending coworkers to the ravaged city, where they could see for themselves the extent of the devastation – almost every house, street, school or hospital has been destroyed or severely damaged. Even flour and drinking water have to be imported into the city, as the regional mills have been destroyed, the granaries contaminated and the water mains blown up.

An ambulance and blood banks

medico has been assisting Kobané’s medical council for over two years in its efforts to provide a health service for the suffering population. Drugs were supplied, and, in summer 2014, directly before the attack on the city by the IS, a blood bank for the city clinic. There was also an equally urgently needed ambulance to transport the wounded quickly, saving lives. After the hospital building was completely destroyed in the fighting, medico replaced the blood bank and assisted the city administration’s efforts to rebuild a health service.

From the start, medico decided to stand by the Kurdish experiment in democracy in Syria. This was explicitly not done to put the case for Kurdish secession in Syria, although the Kurds would have had the historical right to seize the independence previously denied to them by earlier colonial powers and the subsequent successive authoritarian Arabic development state models.

medico has supported Kobané because there are signs on the Syrian borderlands of a possible democratic society, free from radical religious violence, ethnic cleansing and corrupt authoritarianism. As a result, humanitarian emergency aid in Kobané and the other Kurdish cantons in Rojava is also a deliberate act of political solidarity, made possible for medico in 2014 by the support of an unusually large number of people who funded it entirely through donations. 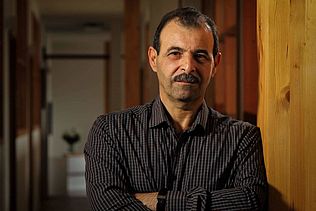 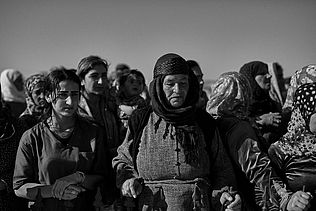