South Africa is celebrated for its ARV roll out programme which brought down AIDS related death rates – but without the approximately 70 000 community health workers, most of them women, this would not have been possible. They are the link between individual patients and families in the communities and the formal health system, they are involved in counselling, adherence control, prevention and caring, even much beyond HIV and AIDS, they are going from house to house five days a week. Yet they are stilled called volunteers and only get short term contracts with an extremely low “stipend” payment below minimum wage level. A 2016 Mail &Guardian survey found that CHW were the lowest paid of all vulnerable workers in South Africa, “subsidizing the cost of health services through low wage or no wage work”.

In addition CHW often feel undermined by nurses and other clinic staff who don’t acknowledge their work and leave them alone with the overwhelming challenges in poor communities. In a first meeting of 50 CHW from all around the country in 2015, Usche Merk, the medico project coordinator describes: “They were desperate, divided and in despair. They were frustrated about the indignity of their situation but did not know what to do about it.”

Since then, CHW have slowly started networking and sharing their experiences. They were scared to speak out individually for fear of being further victimised. They realized that in order to improve their situation they have to become organised and develop a public voice within provinces and nationally. Through a national network of six progressive South African NGOs, the CHW receive support with logistics, funding, political education and advocacy.

In 2017, the CHW in Gauteng managed to set up a self-organised structure, the Gauteng Community Health Workers Forum, which now represents over 1700 CHW from 105 clinics, a total of 26% of all CHW workers in the Gauteng province. In a very democratic and participatory process they have elected a leadership structure and appointed two full time organisers. They opened up an office, set up a Whatsapp group and a Facebook page, produce regular newsletters and developed a logo. However they are very conscious of not creating a power differential in their structure. “We don’t want to create elites,” says Zoleka Mbotshelwa, the chairperson of the Forum, “everything needs to be reported back to members”.

Our solidarity will carry us forward

Through their discussions they have united and defined their campaigning goals: To be integrated into the formal health system as permanent employees with at least a minimum wage. Their campaign is organised on several levels including challenging the legal status of CHW as volunteers, political education of other CHW and mobilising for protest actions and marches.

A first success was a ruling from the labour court acknowledging their status as employees, not volunteers. But the Department of Health is reluctant to absorb CHW into the formal health system, claiming that it is not “affordable”. The Gauteng CHW Forum realizes that this is a long struggle ahead: “Our solidarity will carry us forward, we need to stay strong, stay together” says Zoleka.

When the process started, stakeholders in the health sector expressed concern that if CHW become organised they will lose their caring focus on their communities and become too self-interested. But in a participatory research project in 2017 the opposite was found – the CHWs concern for the wellbeing of their patients and communities increased. They don’t only want decent working conditions; they want a dignified, quality health service for their communities.

Since 2014, medico international is supporting a network of six progressive South African NGOs (section27, Khanya College, PHM, Sinani, Wellness Foundation, Sophiatown CPS), which collaborate nationally to assist community health workers with logistics, funding, political education and advocacy so that they can build up own structures and raise their voice for better working conditions in the interest of community health.

For years, volunteers have been providing medical care to South Africa's poor districts. Corona threatens to escalate the situation there. By Anne Jung and… 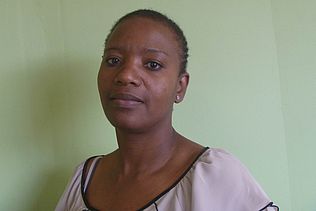 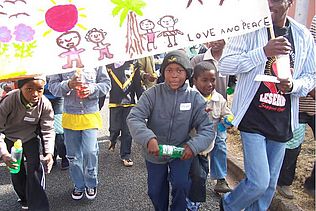