The short summer of solidarity

While international solidarity in containing the corona pandemic is officially emphasized, many states are relying on nationalism in vaccine research. By Dr. Andreas Wulf.

The event is also remembered because it was there that the coronavirus vaccine was named a "Global Public Good" for the first time by head of states, by Emmanuel Macron, by Angela Merkel. And Commission President Ursula von der Leyen stressed that "governments and global health organisations are pulling together in the fight against the coronavirus".

Solidarity was a priority. A few days earlier, the World Health Organisation had presented its "Access to COVID-19 Tools (ACT) Accelerators", an ambitious structure with the most important global health partnerships, which was to accelerate and coordinate the development, procurement and distribution of vaccines, drugs and diagnostics.

These activities should also prevent a repetition of the H1N1 influenza pandemic experience in 2009, when solvent countries put up a race for the vaccine, leaving poorer countries with only a few "humanitarian scraps" to be distributed by the WHO.

Who is closest to himself

Early on, the US government, in particular, made a publicity stunt launching „Operation Warp Speed“ at the beginning of April, a competing 10 billion US dollars vaccine programme for the domestic pharmaceutical companies, which intends to develop and produce hundreds of millions of vaccine doses by January 2021 - initially for its own national needs, of course.

Furthermore, the Indian, Chinese or Russian governments have not joined the Accelerator Initiative so far, even though the Indian vaccine manufacturers are the most important vaccine producers for the Global South and Russian and Chinese research teams promise an early success of their own vaccine developments.

Three months have passed since then and with every promising announcement of a vaccine candidate, the façade of global solidarity continues to crumble. For it is increasingly clear that production capacities for a "global vaccine" are limited and will be in the near future. The "Inclusive Vaccine Alliance of Germany, France, Italy and the Netherlands" has made its own "deals" with pharmaceutical companies for purchase guarantees, securing delivery quantities for successful vaccine candidates, and the EU Commission has now taken over these negotiations with Sanofi-GSK.

Von der Leyen and other politicians like to talk about "that nobody is safe until everybody is safe", but when it comes to getting out of the social and economic crisis as quickly as possible, then one's own citizens are still a little closer than the world community.

Thus, the COVAX Facility, the vaccine pillar of the Accelerator Initiative, which is organized by WHO together with the Global Alliance for Vaccines and Immunisation (GAVI) and the Coalition for Epidemic Preparedness Innovations (CEPI), has so far achieved little in the way of results for its model of a global "purchasing and distribution community" for effective Covid19 vaccines. With a portfolio of currently 9 vaccine candidates from different vaccine classes (DNA/mRNA; viral vectors, proteins) and different researcher / manufacturers in the USD, Europe, China and Australia, the plan is to be able to offer greater security and also more favorable prices for a promising product in development than individual bilateral negotiations country  by country with manufacturers can offer.

And even more important, as a sign of global solidarity, this COVAX facility will additionally support the least financially strong countries in their procurement with funds from global and national development budgets. So far, however, no watertight commitments have been made. A among the 75 countries that have expressed an interest, albeit non-binding, in the project, the large, financially strong countries with their own vaccine production capacities are missing, with the exception of Japan. Even from Europe, only smaller countries are taking part; the heavyweights such as France, Italy, the UK or Germany are apparently continuing to rely on their own negotiating power or that of the European Commission.

In the COVAX Facility, too, not all countries would be equal: the distribution plan initially sees for the simultaneous provision of supplies primarily to health, nursing and other crucial professionals in all participating countries (estimated at approx. 3% of the respective populations). Subsequently, 20% of the population (high risk groups such as the elderly and chronically ill) are to be supplied in further tranches, and here the "self-payers" are already promised priority supply, while the countries dependent on aid funds must wait until corresponding quantities can be produced and paid for. And then correspondingly wait even longer until the availability of nationwide vaccination programmes.

And it is also unclear whether GAVI actually has the authority and skills to negotiate successfully with the pharmaceutical companies to bring prices close to production costs, not to speak to negotiate on behalf of OECD countries. There has been and still is much criticism of the fact that the manufacturers have a seat on the GAVI board and that in the price and supply negotiations for the pneumococcal vaccines, which are a flagship project of GAVI, the producers make enormous profits and even years after the introduction of the vaccines there is no real price competition between the few manufacturers but rather an oligopoly structure that guaranties such profits.

But even for this "solidarity light" model of the COVAX Facility, six months after the start of the pandemic, there is insufficient global support. Rather, competition and mutual accusations are intensifying. The US and British governments are complaining about Russian and Chinese vaccine data theft, which the accused governments of course immediately reject.

As convenient as it is for the European states in particular to point the finger at the US president, who wants to push through his "America first" without scruples, they obviously do not want to be reminded of their own self-declared obligations.

At the same time, the selfish impulses in the fight against each other and not with each other for the best strategy to defeat the Covid19 pandemic could hamper the longer-term strategy also for the technologically advanced nations. This is because the production and supply chains have long since been globalised, including for vaccine production, and even the USA is dependent on such secure trade and supply contracts. And even if the USA could protect itse and become self reliant on vaccines, it would still remain dependent on the world as sales markets and suppliers, and would suffer from a prolonged economic recession as a result of the pandemic outside its "Island of the Blessed". The isolationist option that Donald Trump and his team of advisors are playing with is as illusory as his trade war with China.

And finally, there will most likely not be the one 100% effective vaccine, the "silver bullet", as the WHO Director General Dr. Tedros reiterated in early August. For this reason, too, it would be in the "enlightened self-interest" of all players to make consistent use of the options for cooperation.

The fact that the German government is not involved in either the COVAX initiative or the Covid19 Technology Patent Pool for the global benefit of health knowledge shows how questionable the self-appointed role as "global health champion" is. 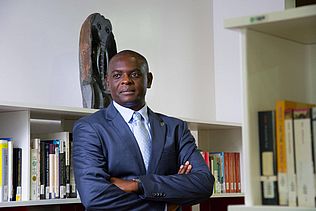 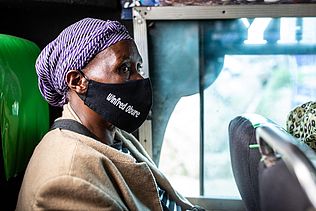 Rising food prices, the threat of hunger. There is growing concern about the socio-economic consequences of the corona virus pandemic in Kenya. Interview with… 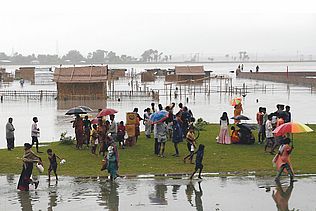