Forty years ago, WHO adopted the pioneering Declaration of Alma Ata. The promise “Health for all” has not been fulfilled, but Alma Ata remains the reference point for medico and partner organisations throughout the world.

By Anne Jung and Andreas Wulf.

It is part of the tragedy of history that the most important events are all too often forgotten. On 12 September 1978, just three decades after the formation of the World Health Organisation (WHO), the member states adopted the Declaration of Alma Ata, with principles and guidelines for achieving the best possible health for everyone. It was a pioneering concept that recognised social conditions such as good living, working and housing conditions, social protection systems and a public health system as requirements for health. Rooted in the idea of redistribution, the Declaration actually called for a new global economic order. Alma Ata outlined an utopia for forward thinking which defines medico’s work, and has been incorporated into the project practice of many partners worldwide.

Ever since, “health for all” has been the battle cry of a concept which transfers financial funds from the small number of urban hospitals to decentralised community programmes; which enables basic health workers to reach the majority of people for their most urgent health needs; and which ensures popular participation in developing new concepts. Primary health care became a key concept for the WHO. In the following years, public education campaigns on the causes of diseases were carried out in many countries in the Global South from Guatemala through Zimbabwe to Palestine, in parallel with vaccination and treatment programmes. These were also often campaigns against poverty and for redistribution of social wealth.

Dependence instead of asserted rights

But the times have changed. Today, health care systems almost everywhere in the world are designed to serve the interests of the market. Precarious and in many places life-threatening living and working conditions are an everyday experience for millions of people. How did things get this far? One important reason is that a key condition of “Health for all” established at Alma Ata was never achieved: a fundamental change in global economic structures which would have enabled post-colonial countries and countries which had been kept impoverished to secure enough resources on their own initiative to overcome mass poverty and provide basic social services. Since this did not happen, they remained dependent from the controlling charity of development aid, which was often tied to loans. Since the late 1990s, philanthropic-capitalist actors like the Gates Foundation have also entered the picture, contributing their own agendas and undermining key WHO principles. Weakened by its dependence on a few wealthy member states and private sector actors, the WHO became all too often a service provider for these funders. Instead of guaranteed rights, effectiveness calculations and measurable results became the mantra for health experts. Loss-making health care institutions had to fill the gap with user fees, which in turn shut out the poorest of the poor, who need them most urgently, from using them. The deadly results: every year, millions of people die from diseases which could have been successfully treated. Povertyrelated diseases such as tuberculosis are returning, and chronic diseases such as diabetes are increasing throughout the global South.

That the spirit of ‘78 has not been entirely forgotten was once again demonstrated by the 4. People’s Health Assembly, the largest meeting of health activists from all over the world. For its fourth year, over 1,300 people from over 75 countries – the great majority from the Global South – travelled to Bangladesh in late 2018 at the invitation of the People’s Health Movement to discuss how the former utopias can be translated into current political practice., In a workshop organised by medico, for example, partners from Zimbabwe, South Africa, the Philippines, Pakistan, Bangladesh, Kenya, Nepal and Lebanon shared information on the situation and struggles of community health workers. Their work is an alternative example to a purely individual and biomedical understanding of health. Against the biomedical and commercialized mainstream in health care, they have to defend their fundamental importance for a functioning primary health service every day. In times of privatisation and focus on efficiency, they are permanently at risk of being exploited as cheap casual labour. “Community health workers are the link between the community and the health care system. In times of fragmented health care systems, this is in itself a political act,” noted Barbara Kaim from TARSC in Zimbabwe.

The role of the WHO: advocate, not servant

At the General Assembly, the participants discussed numerous political factors ruining health, from free trade agreements through the climate disaster to profit-oriented development models. The fact that this did not end in a sea of platitudes was due to the direct political practice of those present, who educate the public, join together, take legal action against their governments, form health committees, strike and organise concrete aid. In the long term, however, these real-life alternatives only have a chance of surviving if the WHO is more than a technical and administrative agency and regains the role mandated in its founding documents and the Declaration of Alma Ata: As an advocate and authority for global health it has a core human rights function. The leading institution in world health should not, for example, shun conflicts with economic policies that negotiate patent rules which prevent access-forall to life-saving drugs. More than ever, it is the job of civil society to point to shortcomings on the part of the WHO while at the same time defending and supporting the organisation in its mandate. The work of medico international, the partner organisations in the People’s Health Movement and many other networks in global health care is nothing less than reviving and continuing the heritage of Alma Ata. 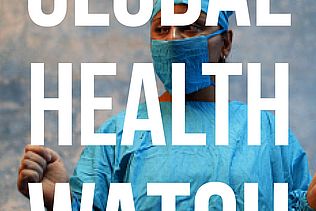