For over three decades Aida Seif al-Dawla has witnessed what state institutions can do to people, physically and mentally. In 1984 the psychiatrist founded the New Women Research Centre in Cairo, which campaigned against the practice of female genital mutilation and the persecution of women. In 1993 she joined with three like-minded activists to found the El Nadeem Centre for the Rehabilitation of Victims of Violence and Torture, which has since provided medical and psychosocial services to this group. It also documents the cases, and campaigns publicly for respect for human rights. When the Arab Spring arrived in Cairo, there was hope that everything could change. This soon died. Dawla talks about the restoration under President Abd al-Fattah as-Sisi and the current situation. ‘It’s worse than ever. The old forces are back in power.’

Under the former head of the military secret police, there are no longer any limits to arbitrary treatment in the prisons, Dawla reports. She and her colleagues at the centre continued to document human rights violations in 2015, and the results, with hundreds dead, disappeared and tortured, are shattering. In the turmoil of the new old Egypt, the centre tries to act as a counter-pole, an organisation where four women rotate at the head, a space where victims find protection, and a centre for advocacy that asserts the fundamental right to human integrity.

Dawla has received numerous international awards in recognition of her courageous work. However, at the local level the political space is shrinking steadily – and one reason is that the EU and USA in particular turn a blind eye as long as the regime guarantees political stability. In 2013 the Egyptian authorities banned all contact by national NGOs with foreign organisations without prior approval by the state authorities. Just recently, the blow fell: the Ministry of Health withdrew El Nadeem’s licence. The offence? ‘Illegal human rights work', because the activists not only treat wounds but publicly report the causes. Dawla and her colleagues are familiar with the sabotage and intimidation, but they refuse to give up. There is one thing that does worry Dawla, which is the effect on young people of the dashed hopes for a democratic and free Egypt. She talks about her son, now also familiar with the interior of police stations and mortuaries. ‘There’s a bitterness there. Many of them just want to leave.’ Dawla sees things differently, ‘The revolution isn’t over. It just lost a round.’

medico and its partners in Egypt

Egypt has known years of political alternation between new dawns and restoration, but the rising spirit of democracy lives on in numerous grass-roots initiatives. In 2015, besides the El Nadeem Centre, medico supported the evaluation of the Urban Health Project in the Ezbet El Haggana slum by the Al Shehab Foundation, the strengthening of refugee rights to health by the Centre for Refugee Solidarity, and the work of the Association for Health and Environmental Development (AHED) and DSC for local community health committees. 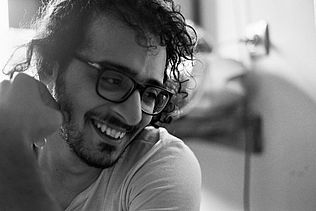