Emergency relief and coming to terms with the past

The coastal village of Tirúa was particularly badly hit by the severe earthquake that devastated Southern Chile in February 2010. Many Mapuche Indians, who were persecuted during the Pinochet dictatorship and also have little voice in society under the neoliberal economic model live here.

Poverty rates are well above the average for the country. Since little was to be expected from the state, medico’s partner of many years, Corporación de Promoción y Defensa de los Derechos del Pueblo (CODEPU), quickly decided after the earthquake to provide emergency relief and assistance with reconstruction. With medico’s support, twenty destroyed houses had been rebuilt by the start of 2011.

But CODEPU’s core aims are actually rather different: for many years the organisation has been working alongside victims and survivors of the Pinochet dictatorship, providing legal assistance and psychotherapy. In Tirúa CODEPU had recently begun an oral history project to write down the history of the Mapuche. medico will continue to support colleagues at CODEPU on this and other projects. 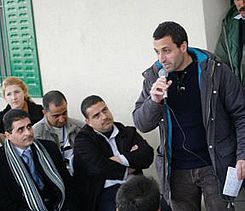